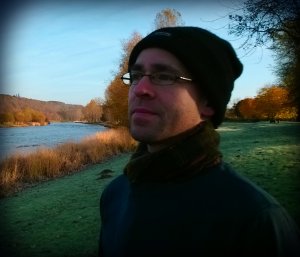 A stay at home father and husband, computer expert, serial volunteer and not-quite self-sufficient individual in the Scottish borders, Keith Farnish has been actively involved in environmental and social issues for nearly 20 years – for a large part of that as an active member of various organisations before becoming disillusioned with the mainstream activist movement. He founded The Earth Blog in 2006, intended as a source of inspiration for people who want to be challenged, and also the anti-greenwashing site The Unsuitablog.

In 2009, his first non-fiction book, Time’s Up! An Uncivilized Solution to a Global Crisis was published by Green Books, and rapidly became a classic of the anti-civilization genre, particularly in the USA. His second book Underminers: A Guide to Subverting The Machine follows up on the work started by Time’s Up! in a more practical vein. Initially thought to be too radical for publication, it was bought by New Society and published in 2013.

Following the publishing of Underminers, He decided to leave non-fiction writing for something which could connect to a wider audience. He started work on Almost Gone as a short story in 2014 and was encouraged by various people to turn it into a novel, which was completed in mid-2015. Continuing in the world in which Almost Gone is set; the follow-up is in progress, entitled Other Worlds, and written from the point of view of a member of the other tribe featured in the first novel. The final part, of what has become a trilogy, will be called Hollow Ground.